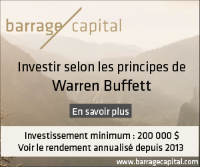 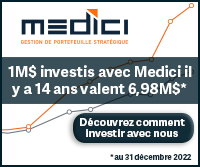 GroupePretoria
décembre 2011 décembre 2011 modifié dans La Bourse en général Vote Up0Vote Down
George Athanassakos is a finance professor at
the Richard Ivey School of
Business, University of Western Ontario. For those Canadians who are lucky
enough to have started value investing at a young age, aim for this program. For
most of us who are passed the formal education stage of our life check out the
Ben Graham Centre for Value Investing where George is Chair.
There are some tremendous in-depth videos with well known value investors
(Watsa, Chou, Klarman just to name a few).


George recently wrote an article for the Globe
titled Can Canada go the way of Greece. Check out the full article on Globe Investor but I want to highlight some of the
key points.

An overleveraged economy: Although
Canada has a low government debt to GDP level when you add in household debt
Canada is actually worse than Greece. "203 per cent for Canada vs. 195 per cent
for Greece. In fact, Canada is in the top five countries in the world when you
include government and household debt; Greece is not." (I talked about household
debt here.)
George also mentions the future promises of
social programs and CMHC's insane mortgage liabilities (Canada's Freddie Mac
& Fannie Mae, which I briefly wrote about here.)
Declining manufacturing sector: As a
share of GDP, manufacturing in Canada stands at 12.8% vs 13.8% for Greece. Both
have been in decline but I see more importance in the line: Canada’s economy is
dominated by energy and material producers, the type of companies most
vulnerable to a global slowdown. (I warned about Canada's vulnerability to a
resource crash here.)
Low productivity and high unit labour costs:
Both countries are not as innovative as their main trading partners.
An over-bloated, highly unionized and
handsomely paid public sector:

Federal government workers’ total compensation
(which includes benefits and shorter week hours) is 41.7 per cent higher than
similar jobs in the private sector, whereas municipal workers make 35.9 per cent
more and provincial workers 24.9 per cent more. Figures are similar for
Greece.
(This is particularly frustrating given
Canada's high unemployment rate.)
Total government spending as a percentage of
GDP is 49.8 per cent in Greece vs. 47 per cent for Canada.
George concludes that Canada has been lucky
for two reasons.
1. Our housing sector has not tanked.
2. China and India have driven resource prices
higher, benefiting Canada (and Australia)
He rightfully points out that these positive
forces can change at any time.
It's a well written article that is very
contrary to public opinion.